As the orchestra played “Amazing Grace” to open the Mother’s Day service on May 12, dozens of young people bearing flowers and gifts entered the sanctuary and then dispersed to seats throughout the room. The orchestra continued with “How Great Thou Art,” and then the choir sang “Rise Up and Call Her Blessed,” a song based on the comments about the virtuous woman from Proverbs 31:28.

Following a prayer, Pastor Dave Lambert took a few moments to recognize all of the great-great-grandmothers, great-grandmothers, grandmothers, and mothers in the room. As they all stood, the congregation sang “The Family of God” while the young people delivered a beautiful carnation to each one. Then several mothers who’d had a baby in the past year were given a special gift—a plush giraffe and nighttime story book.

The service continued with a special song called “More Than Enough,” sung by a very young ladies’ choir (ranging in age from seven to ten) and featuring Cheyenna Hall as the soloist. The song spoke of how mothers usually feel they are not able to do enough for their children, but the love they give is more than enough. Next, sisters Diana and Holly Lambert shared their testimonies of how they were saved at young ages and how much they appreciate the good Christian examples around them at church and especially the examples their parents have given them in their home. Their mother, Rosie, then joined them to sing “There Is a Way.”

The sermon was given by Darrel Lee and he began by reading Genesis 3:30, the part of the Creation account that names Eve as the “mother of all living.” He focused on four lessons from the account which are important for mothers to teach to their children: marriage is sacred; the Sabbath is holy; boundaries are protective; and sin is destructive. These are important for everyone to understand, and mothers have the special opportunity of instilling such sound teachings to their children so they can enjoy God’s blessings as they grow up. 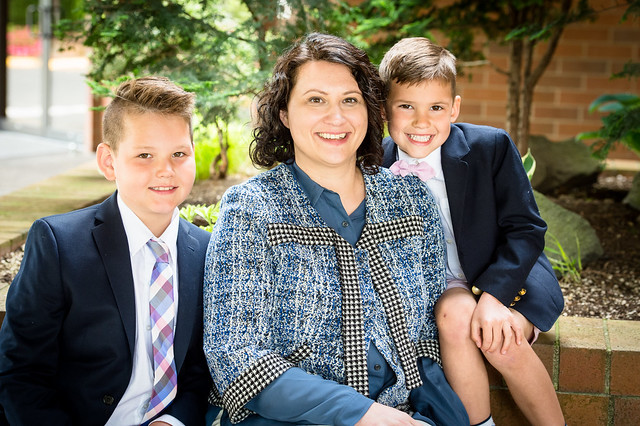