A total of sixty-nine young people (excluding adult attendees) from different Apostolic Faith churches in the Philippines, participated in the 2019 Youth Special Meetings held at the headquarters church in Bagong Sikat on October 30-31.

The two-day program, which had the theme “Preparing for the Future,” was planned and organized by the camp director, Maria Mercedez Dancel. It was composed of two Bible studies, a sports-fest, a fellowship night, and a morning devotion—all of which were done to strengthen the bond among the children of God and to solidify the spiritual standing of each soul.

At 9:00 a.m. on the first day, an opening program commenced the special meetings. Reverend Joseph Ruiz gave introductory remarks. He stated that everyone could contribute his or her part in order to make the meetings memorable, but the Lord had the power to make them an extra special experience. His words of wisdom inspired the young people not to leave the premises without receiving the Holy Spirit of God.

The first Bible Study began right after the opening program, and was led by Reverend Jamindre Torres. His teaching focused on the signs of the times, emphasizing that the coming of the Lord is soon to happen. He described the events which will occur in the future, according to the Bible. This reminded the hearers that they must be spiritually ready and remain grounded in the Word of God until the Rapture of the saints, so that they will be worthy of receiving the gift of eternal life.

Robert Ruiz headed the sports-fest held on the campground that afternoon. All the young people were eager to participate in the activities prepared by the leader. The sports-fest lasted for four hours and the activities were greatly enjoyed by the youth. However, in the end, it was not about winning the games, but having fun with their brothers and sisters in Christ.

At 7:30 that evening, the fellowship night started in the garden of the church. The area was beautifully lit, board games were provided, and food was prepared which made the night truly one-of-a-kind. The young people from different locations had the chance to showcase their God-given talents by singing praises to the Lord in front of the crowd. This part of the special meetings was one of the favorites since the youth had time to fellowship with each other, and most importantly, worship God in one accord.

On the second day, the morning devotion at 6:30 a.m. was led by Reverend Fernan Fiegalan, who based his comments on Acts 11. The young people talked about the steps they needed to take in order to receive more from God. Brother Fernan pointed out that they must not be satisfied with just knowing God, but rather,  must aim to associate themselves with Him to establish a stronger relationship. He emphasized that it is essential to press on, seeking deeper things from God.

Brother Joseph delivered the Word of God during the second Bible Study, entitled “Eternal Inheritance.” The youth were reminded that no earthly inheritance can compare to what God has prepared for His children who remain faithful to Him until the day He comes. Brother Joseph emphasized that claiming this eternal inheritance will only be possible if one receives the salvation of God and accepts Him as his Savior. He reiterated that God must always be the number-one priority. The message touched the hearts of the attendees, and during the altar call, all the saints prayed in one accord and the Spirit of the Lord came down in a special way. Many were saved, sanctified, and baptized by the Holy Ghost.

The special meetings came to an end with a closing program, which started right after the second Bible Study. Despite being physically exhausted, the young people gave all their strength and voices in singing short choruses all for the glory of God. Brother Joseph gave his closing remarks, saying he had been truly blessed by what he experienced in the gathering, regardless of how short it was. He reminded the young people that they are the hope of the church and expressed his desire to see all of them still striving to serve God in the next special meetings if the Lord tarries. Moreover, he pointed out that it will not be long until these young people become pastors and leaders in their respective churches. These words inspired the youth and hopefully gave them the courage to keep their spiritual fire burning.

In the end, despite the sadness of leaving their brothers and sisters in Christ and facing the reality of the world, the young people were filled with joy and power from God. All were equipped by the lessons they heard, ready to spread the Gospel to every nation, and prepared for the second coming of God. The 2019 Youth Special Meetings was truly fruitful, and the presence of the Lord was felt by every saint. 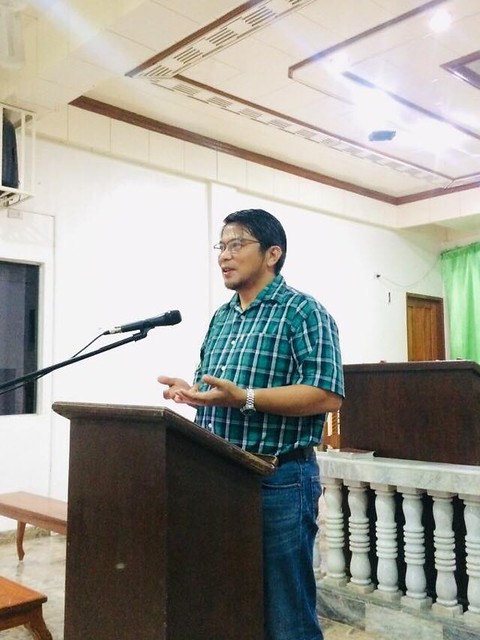