40 Years at Tichbourne Celebrated in Barbados

The theme for the meetings was taken from 2 Kings 4:24, “Slack not thy riding.” Brother Michael spoke on this during the first service on Sunday. He reminded the congregation that though forty years have passed, they are not “home” yet. They were also reminded of the foundational Gospel experiences which have allowed the work to be sustained.

In the weeknight meetings, Brother Michael continued to emphasize the importance of the three foundational graces by preaching about salvation, sanctification, and the baptism of the Holy Ghost. The altar services for each meeting were encouraging.

A brief history of the Tichbourne Road church was given during the anniversary service, relaying that the Gospel work on Barbados began in 1967 when Algernon Blyden shared the Gospel with a few people. Services were held in a house on Ivy in Saint Michael until July 1979. Then, following tireless efforts by the saints, the church on Tichbourne was dedicated. The first pastor was Ervine Alleyne who had served at the Ivy location for nine years and at Tichbourne for twelve. He retired at age eighty-four and has since gone to be with the Lord. The next pastor was Preston Aimey who served for eleven years. He retired in August 1999 at the age of seventy-eight and has also gone to be with the Lord. The current pastor, Edsil Parris, has carried the mantle since August 1999.

We join the saints in thanking God for forty years at the Tichbourne location, and pray they will continue to be a light on Barbados as the Lord tarries. 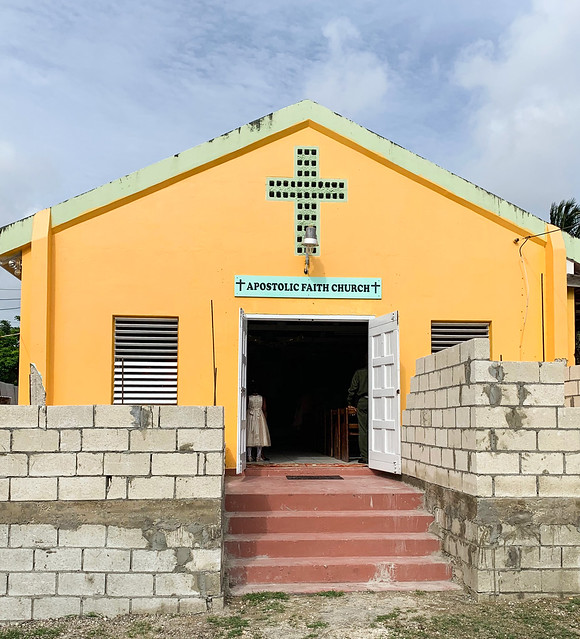