A Visit to the Saints in Spain and the Netherlands

Debbie and I had a good time this past week meeting with our group in Murcia, Spain. We spent several hours with the main leaders of the group, Yaya Bobo and Femi Oladele, and some members of their respective families.

Brother Yaya is originally from the Republic of Benin and is related to Mathieu Bobo who leads our Paris group. He and his wife, Stella, have three children. Though two were not available during our visit, we had met them previously—one at the Norway camp meeting, and the other at the United Kingdom (UK) camp meeting. Brother Femi is from Nigeria. He and his wife, Raechel, have two children. They have been in Spain for nearly fifteen years.

The work in Murcia started in 2005 when Brother Yaya moved there for work and began holding meetings in his home. In the past, the group has numbered as many as two dozen, but most have relocated due to employment.

We are now in the Netherlands near Amsterdam with Isaac Adigun, the UK and Western Europe District Superintendent, and his wife, Stella, visiting our group in Den Haag.

Yesterday, we enjoyed a Sunday afternoon service with about thirty in attendance. It was conducted in Spanish and translated into both Dutch and English. The leader of the group, Lucinda Hersissia, has roots in the Caribbean and speaks Spanish. She opened the meeting with her testimony, which included a brief history of the work in the Netherlands. Following this, we sang several congregational songs, and three testified, including Debbie. Sister Stella sang a special before the message, which focused on everyone’s need for a Savior and the importance of getting saved. There was a very good altar service following the meeting.

As our visit to the saints in Spain in the Netherlands comes to a close and we prepare to return home, our prayer is that God will continue to guide and bless the efforts here to further the Gospel. 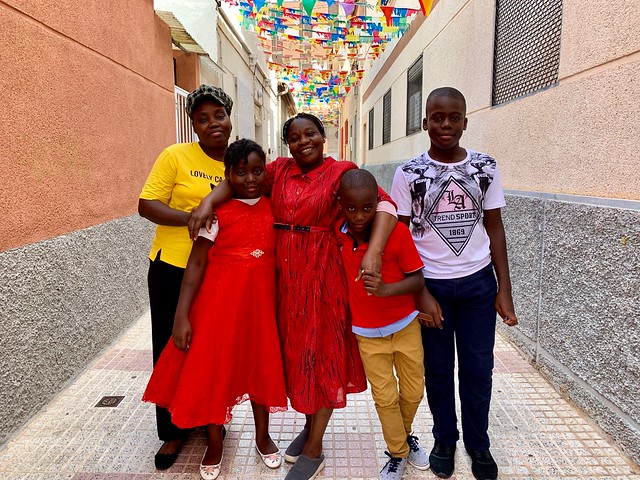