My son Randy, his son Oscar, and I enjoyed our time in South Africa. Wednesday evening, we were hosted by Grey and Lydia Thibela. He is the pastor at Wattville and a South Africa Board Member. On Thursday, we flew with Brother Grey to Kruger National Park and stayed two nights. We spent the equivalent of one full day at the game reserve (Thursday afternoon and Saturday morning) and saw a variety of wildlife in their natural habitat, including giraffes, elephants, rhinos, a lion, and more.

Late Saturday, we flew to Harare, Zimbabwe, and were greeted at the airport by the Zimbabwe and Southern Africa Board Members and their wives, along with three ministers. We went home with our hosts, Oniyas Gumbo, the Southern Africa District Superintendent, and his wife, Evelyn.

The next day, we celebrated Palm Sunday with the saints at the Southern Africa headquarters church in Harare, Zimbabwe. We first met in the prayer room where prayer requests were read. Then we proceeded to Sunday school. There was a class for every age group, and so many were in attendance that the sanctuary was used to accommodate four classes.

About two thousand were present for the morning service. The music was wonderful. The prelude began with a violin solo. This was followed by a violin ensemble, and then the choir sang “Salem’s Plain.” During the service, an a cappella group sang beautifully, and before the message, we heard a solo of “I Know Who Holds Tomorrow.”

After the morning service, lunch was served for about one thousand. Many more, who had brought their lunches, also stayed and ate.

In the afternoon, a youth service was held. As he had done last week, Oscar commented on the music, this time saying it was “awesome.” Some of the specials were presented in native dialects such as Shona, including a song by a young ladies' ensemble. Oscar did some investigating and learned that Zimbabwe has sixteen official languages.

Several testimonies were given including from a young man who said his uncle came to church last week and was saved. A young lady testified that God protected her during a recent car accident.

Before the sermon, the thirty-member choir sang a beautiful and upbeat song partly in English, partly in a native dialect. Then Randy preached from 1 Timothy 6:6-11, and spoke on being content. At one point during the sermon, he talked about the birth of his son, Oscar. To everyone’s delight, when Oscar heard his name mentioned, he stood up and waved to the congregation.

In the evening, I was able to meet with Chatisso Chato, the District Superintendent of Mozambique, and Antonio Castillo, the District Superintendent of Angola. Both countries are currently enjoying a time of relative calm after recent political unrest. Other leaders had also traveled long distances for the day’s meetings, and I was able to exchange greetings with them as well.

We enjoyed a wonderful Palm Sunday in Harare, and are now anticipating the Good Friday service.

(Mouse over the image below to click through photo album.) 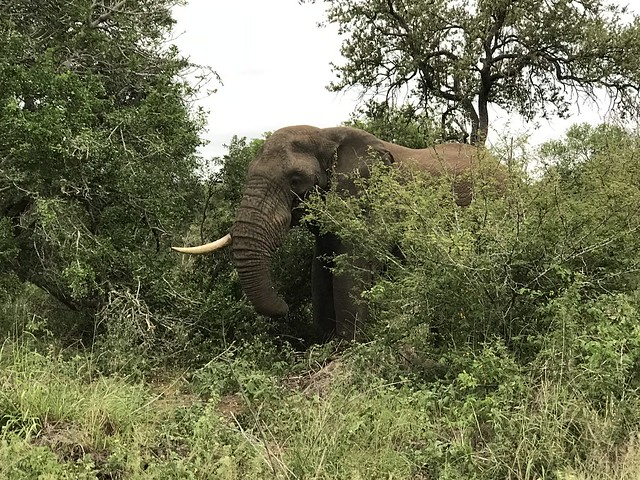