Celebrating Easter with the Newfoundland Saints

Debbie and I have joined the saints in Newfoundland, Canada, for their Easter week special services, which began on Thursday with a concert in Roddickton and will continue through Sunday.

When we arrived at Deer Lake there was several feet of snow on the ground, and it has continued to snow since. We were met by Christ Hewlett, the District Superintendent of Canada, and his wife, Patty. Together, we drove to Roddickton, and what should have been a four-hour trip turned into just over five as we stopped to take photos. Along the way we passed a sign that reported there have been no deaths this year due to vehicle and moose collisions. The sign was no joke; we also saw seven moose!

Thursday evening, we enjoyed a beautiful concert. The saints had held several evenings of prayer leading up to these services and it was evident by the presence of the Lord during the program. The music included selections from the Sunday school departments as well as the adult choir and orchestra.

The Good Friday service was very blessed. It featured several choir and vocal ensembles. The testimonies included some from saints whose hearts were touched in a big way last Sunday. During both the morning and evening services that day, the Spirit of God was felt so strongly that neither service continued beyond the last special. Instead, the saints went to prayer. We are thankful that God continues to stir hearts.

While we are in Canada, several others are traveling abroad as well. Tom and Val Pricskett are in Norway for their Easter camp meeting, Dwight Baltzell is in Lusaka for the Zambia camp meeting, and Clark and Sumin Wolfe are in India. Also, Bill McKibben and Bob Bishop are scheduled to leave for South Korea in a few days. I expect to receive and post reports from all of these activities in the near future.

Let’s keep these travelers and events in our prayers as we celebrate our risen Lord this Easter season. 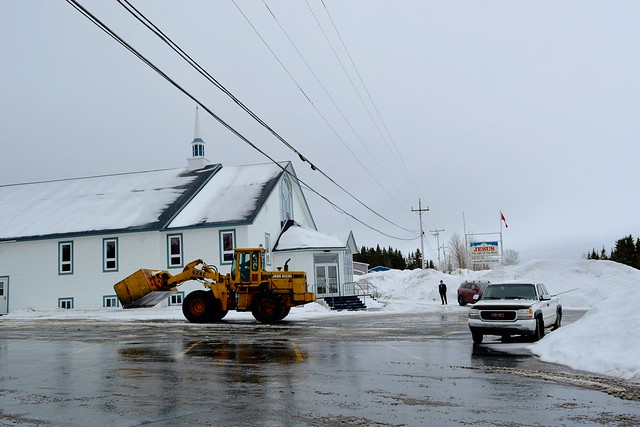