The congregation in Durganagar, India, received much needed relief after heavy rains caused flooding and damaged crops throughout the Visakhapatnam District where the church is located.

Raju Rayudu, District Superintendent of Andhra Pradesh State, coordinated the effort, having received funds through the Portland headquarters. After purchases were made, the saints were invited to the church where a team of Gospel workers was waiting to distribute blankets, towels, and food parcels.

Brother Raju said that as people arrived at the church and saw the provisions, it was just like Christmas. They marveled at the beautiful fabric of the blankets, and were so appreciative of the bags of food. These contained such staples as rice, lentils, flour, eggs, and oil in sufficient amounts to feed a family for eight or nine days. In all, twenty-eight families were helped, and they went home rejoicing in God’s goodness. 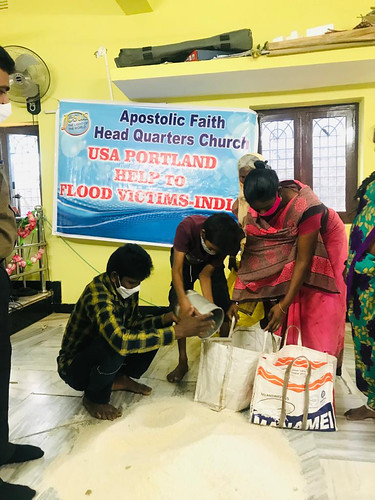