The Australia camp meeting, which is held annually in Sydney, began on Sunday, September 30, and continues through this Sunday. Sam Ajayi, Director of Australia Work, and his wife, Shade, are there enjoying the services and have sent this report of the first few days.

This year’s camp meeting came with much anticipation and the expectation that the Lord will bless as He has done in years past. Sunday school kicked off that expectation with a lesson on the Rapture.

The morning service opened with music provided by the orchestra, followed by several choir and congregational songs including “Praise the Lord,” “The Lord Is My Shepherd,” “I’ve Anchored My Soul,” and “Leaning on the Everlasting Arms.”

The opening message was taken from Genesis 15:7-14, the account of Abraham receiving an amazing promise from God after following God’s instructions in making a sacrifice and then diligently maintaining it. The promise that his children would “come out with great substance” was equated to the blessings available at camp meeting, and resonated with all present. The altar service that followed was sweet, and one person prayed through to salvation!

In the afternoon, we celebrated two birthdays and then held the traditional first-day-of-camp grilled lunch. The atmosphere of high expectation continued in the evening service with testimonies of victory. The message was taken from 2 Chronicles 20, which tells of God delivering Judah from the armies of Moab, Ammon, and Seir. There was joy in the camp as we were admonished to seek the blessings of the Valley of Berachah.

On Monday evening we had a slideshow presentation of the activities from the last camp meeting. It included the children’s program in Melbourne and the youth activities in Sydney earlier this year. It served to remind us of how victories were won in the past and how God has graciously blessed His people. We enjoyed good fellowship afterwards.

The theme of this year’s camp meeting is “fortified.” On Tuesday, our first teaching was on our being fortified by the Blood of Jesus. It was noted that the Blood which saved us will never lose its power, and we were admonished not to lose sight of its efficacy and potency.

In the evening, Emmanuel Tshuma brought an inspiring message on “Delivered from them All.” Using Psalm 34, he encouraged us that God is able and wanting to deliver both saints and sinners.

On Wednesday our teaching was on “Fortified by Love.” We were reminded that God so loved the people in the world that He gave His Son, Jesus, to be the sacrifice for sin. Also, that God deeply loves those who are saved—He considers us the “apple of His eye.”

On Wednesday evening, we held the annual concert. As the songs pointed to the Lord, the feeling among the saints could be summed up by one number: “Get All Excited!” One of the visitors commented afterward on how inspired and blessed she was by the concert. She was particularly impressed with the competence of the orchestra. It was a night of great music and excitement about what the Lord will do.

One of the many inspiring testimonies we heard in these first few days was from a young girl whose grandmother had been trying to keep her from attending the Apostolic Faith Church. When the woman discovered this girl was gaining an interest in our church, she told her we give people special water to make them want to stay. When the young girl was old enough to make her own decision, she attended a service and was expecting to receive the special water. Instead, she was encouraged to pray, repenting of her sin, and give her life to the Lord. She did this and the Lord saved her, and she has been enjoying the Gospel ever since.

We are thankful for the Lord’s blessings witnessed during the first half of this camp meeting and continue to look forward with expectation to greater blessings in the remainder of the camp meeting as the Lord tarries. 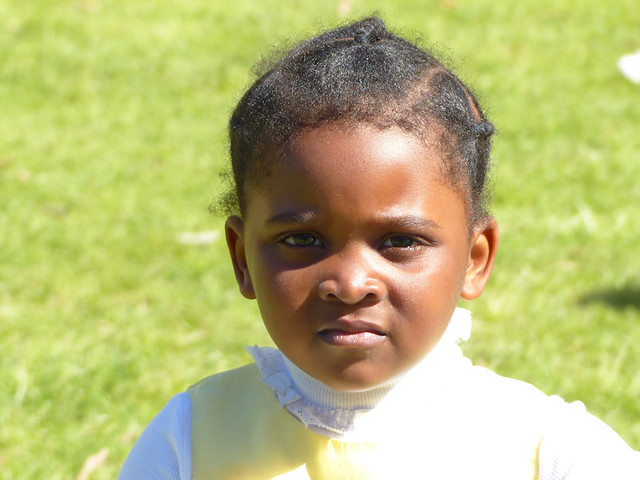