The annual camp meeting held in Kaikavolu, Andhra Pradesh, India, began on the evening of April 2. Rayudu Raju, District Superintendent of India Work, wrote that around five hundred people attended the first service, with about fifty coming by auto rickshaw from within Kaikavolu and as far away as Durganagar. The meeting started at 7:00 p.m. and ended at 11:30 p.m., with seven people claiming salvation.

On the second day, two women were water baptized. After dinner was served, the evening service began with prayer and congregational singing. The first sermon was on the need to be saved, followed by a special song selection. Then Brother Raju preached on the account of the Prodigal Son found in Luke 15:11-32. He invited the unsaved to give their hearts to Jesus, and twenty-one came forward to pray for salvation.

For the final evening, there were six hundred in attendance, and the young people all joined in to help with serving food along with other duties.

During the regular services on the following Sunday, six people testified that they were sanctified during the camp meeting, and nine testified that they were filled with the baptism of the Holy Spirit. All of the Apostolic Faith pastors and congregations in India are thankful for the opportunity to have an annual camp meeting, and to preach the Gospel to the surrounding communities. 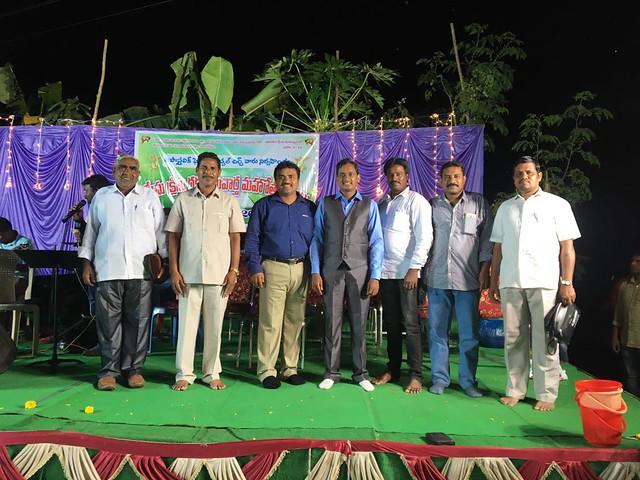