Two uplifting reports have been received in recent months from Rohan Clough, the Jamaica District Superintendent, concerning the effects of the COVID-19 outbreak on our churches in Jamaica. In the first report Brother Rohan wrote, “Though the pandemic has been a terrible and life-changing experience, the Jamaican congregations continue to grow in the Spirit, develop church buildings, add new members, and increase in the bonds of unity.”

Brother Rohan has had opportunity to visit each of the Jamaican churches since the outbreak began. He was happy to learn that none of the brethren have contracted the virus. All of the congregations have been observing new health protocols including limited gathering sizes, with the larger congregations holding three services on Sundays in order to accommodate everyone.

At the Sawyers location, Brother Rohan and his daughters assisted in a community outreach effort organized by Ann Brown, the head of the Ladies' Department, to provide COVID relief packages. In all, thirty bags of food, including rice and other staples, were assembled and distributed. Along with this project, the congregation has been building two rooms onto the back of the church. These include a kitchen as well as a small room for overnight guests. Steady progress is being made on the addition, and it is expected be completed in the near future.

In Castleton, a baptismal service was held at the river in which four converts were baptized. At the Troy church, the saints request prayer for Edith White who is very ill. She has served as the pastor there for over twenty years. At the headquarters church in Kingston, renovations came to a halt during the virus outbreak, but are expected to resume by the end of January. The next step is to add the roof.

Each of our churches in Jamaica has been observing social distancing guidelines, but this has not hindered the saints from worshiping together. They have been able to meet online each morning at five o’clock for a “Morning Encounter” prayer meeting. Brother Rohan reports that these meetings have become a real blessing, strengthening and unifying the body of believers by bringing saints together from all locations. 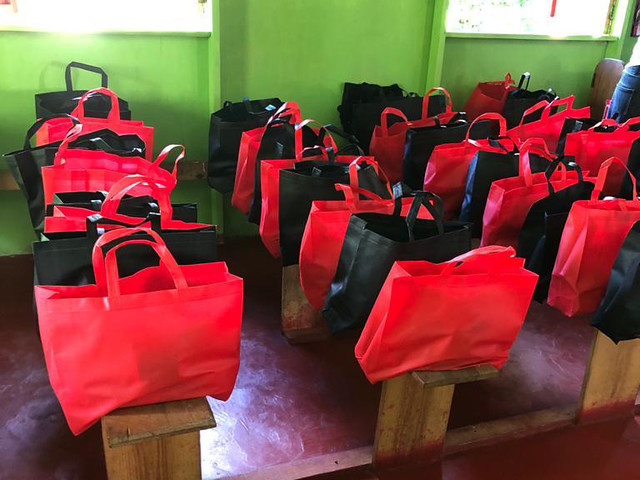