Following the Chile camp meeting, Sam and Shade Ajayi traveled to Limavida for the dedication of our church there. They said that during the two-hour drive north, they passed mile after mile of fire damage caused by the recent wildfires in Chile. They had heard about the destruction in the testimonies at the Chile camp meeting, but in seeing it firsthand they wrote, “It was indeed very extensive. We are thankful the Lord spared our people among many others.” Of the dedication service, Brother Sam sent this report:

It was a joyous occasion this past Sunday afternoon as members from Apostolic Faith churches in Boque, Chimbarongo, Hualane, Lincanten, and Rauco, as well as visitors from as far away as Santiago, gathered in Limavida to dedicate the newly reconstructed church building. The original building had been badly damaged in an earthquake and rendered unsafe.

The meeting started with a time of prayer, in which prayer requests were read. Following the opening songs and prayer, Eladio Retamal, the pastor of the church, thanked those who had come from the community and also from far and near. He acknowledged those who helped in the construction, some traveling several miles to do so. He was thankful to the Lord for helping them finish the building on time and for providing the means to do it even though the final cost was much higher than what was budgeted.

A welcome message pointed out that though it was a tragedy that the first building was ruined, as a result, a new and elegant church has emerged. Similarly, the enemy of our souls brings earthquake-like situations to our lives, but that does not determine the final outcome. God has promised to turn our ashes (or ruins) to beauty if we will trust Him.

The popular hymn “Onward Christian Soldiers” was sung by the congregation, and then Israel Gajardo Monardes, the Chile District Superintendent, provided the Scripture reading from Numbers 21:5-9.

The message was taken from 2 Chronicles 6:29-31, a portion of King Solomon’s prayer at the dedication of the Temple. It was brought out that Solomon’s prayer is our prayer. We want God’s name, glory, and power to be lifted up in the new church, and that the building would always be a sanctuary for salvation, consecration, healing, and more.

To conclude the service, each person was asked to rededicate their lives to God. After the closing song and prayer, the congregation prayed and the power of God came down. After a time, Sister Shade was asked to share her testimony and then there was another prayer session followed by singing. The Spirit of the Lord was so present, and we had a blessed time.

We pray the Lord continues to bless His work in the Limavida area. 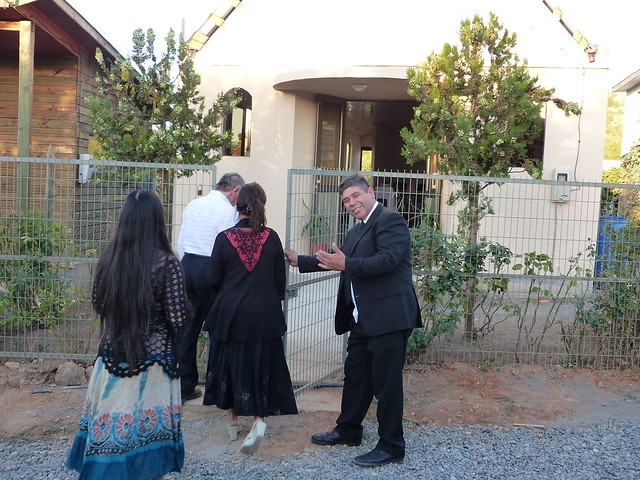