Many Visitors at Combined Meeting in France

Yesterday, Debbie and I attended Sunday services at our Paris location. It was our third time to worship with the saints there, and each time, we have seen new faces added to the congregation.

We have two groups in France: the one in Paris and another in Troyes. Several from the latter group joined us for a combined meeting. In addition, to the delight of the Paris group, many local visitors who had received invitations in the past few weeks attended as well. In all, there were nearly one hundred present.

This was the first service held in our newly rented location—a wonderful church building, which has been provided to our group at a considerable discount. Because we share the building, our services are held in the afternoon. Therefore, we met in the prayer room at 1:30 p.m., and then continued to Sunday school at 2:00 p.m.

Sunday school began with congregational singing and an opening prayer followed by a music special and a review of the memory verse. Then the children and adults went to separate classes to study the lesson. At the close, we came together again for another music special, a congregational song, and prayer.

Immediately following was a devotional service with several choir numbers and congregational songs, as well as testimonies, before the sermon. At the altar call, it seemed that everyone dropped to their knees in prayer. The Paris group is very hopeful that the first-time visitors will return and be saved.

The Apostolic Faith continues to expand with churches and other smaller groups scattered across Western Europe. So much so, that Isaac Adigun, the District Superintendent of Western Europe, has now divided the area into four districts. We praise God for the spread of the Latter Rain Gospel in this region and pray it will take root.

Debbie and I enjoyed our time with the saints in Europe, both at the United Kingdom camp meeting and the Paris combined meeting, but are now happy to be home. 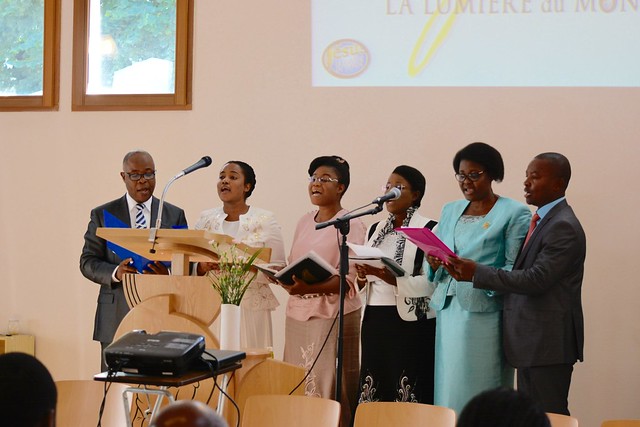