Debbie and I are in the Philippines anticipating the Sunday dedication of the new headquarters church in Bagong Sikat. We arrived on Tuesday, January 17, and were joined the next day by Bill Mckibben, Director of Asia Work, and his wife, Lori, as well as Jim and Cheri White of Grants Pass, Oregon.

The four-hour drive north from the airport in Manilla began with heavy traffic, but as we neared Bagong Sikat and our church site, this gave way to rural, green, agricultural land with small settlements lining the road.

The original headquarters church remains on the same site as the new building. It has been renamed “the chapel” and will now be used for small gatherings. As the location for bi-annual camp meetings, it has been enlarged several times over the years to accommodate the growing work in the Philippines. Still, in recent years, it has been necessary for an overflow of camp meeting attendees to sit outside under awnings and view the services by video. In light of this, it was decided that a larger facility was needed, and work began on the new building last January.

We were given a tour of the new headquarters on Thursday morning as church workers added the finishing touches to the building and parking lot. The sanctuary is sure to meet the needs of camp meeting. It seats five hundred and is rimmed with classrooms that have accordion walls designed to fold open to allow for additional seating. The platform is also large with plenty of room for the expanding choir and orchestra.

Thursday evening, out-of-town pastors and ministers representing our churches began arriving for the dedication. Most were from the Philippines, but we also welcomed three pastors from South Korea: Jeong Min Kim of Seoul, Young Doo Ra of Daejeon, and Ik Jin Choi of Daegu.

Friday morning, Zenaida Ruiz, District Superintendent of the Philippines Work, gave us a tour of the Ruiz family enterprise, which included a pig farm. It was all very interesting.

The official activities of the weekend began Friday evening with a musical presented by thirty young people, ages seventeen to twenty-three. It was titled, “A Deeper Relationship with God through Prayer," and included choir, instrumental, and solo numbers. The young people concluded with a beautiful a cappella rendition of the Lord’s Prayer, presented by candlelight. Their voices filled the church, and it was inspiring to see their desire to give their talents back to the Lord.

Saturday morning began with a breakfast for ministers and their spouses. A number of traditional Filipino dishes were served, and everything was delicious. After breakfast, we assembled in the original church for a PowerPoint presentation consisting of a brief history of our name, the Apostolic Faith, and flagship publication, which will soon reflect this name in the masthead.

We are greatly looking forward to tomorrow when the new headquarters building will be dedicated to the Lord. 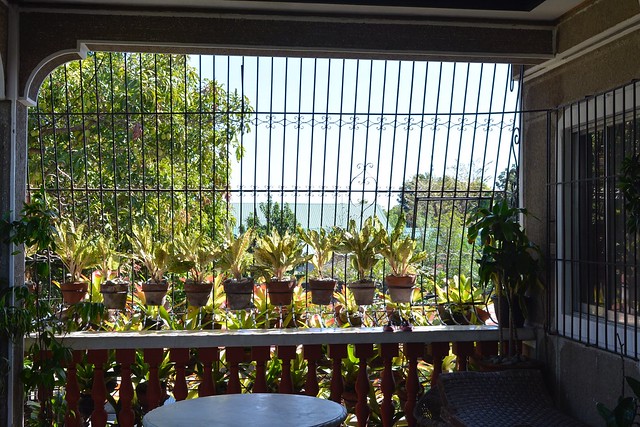