The 2016 Scandinavia Apostolic Faith camp meeting was held at the Ognatun campground in Norway during the week of Easter, which has been a tradition for a number of years. Visitors came from England, Denmark, Ireland, Norway, and the United States. Ed Habre, who attended from Portland, Oregon, with his wife, Kim, was the guest preacher. He gave Bible studies on the topic of “Prayer,” using prayers from the Bible to encourage the congregation to spend time in prayer for every need.

Evangelistic services were held in the evenings, with the exception of Thursday evening, when the ordinances of the Lord’s Supper and Washing of the Disciples’ Feet were observed. On Friday afternoon, Keijo Kinnari, from Stavanger, Norway, used a PowerPoint presentation on the end times to encourage the congregation to be alert, understanding that Bible prophecy indicates that the coming of Jesus is getting closer.

On Good Friday evening, Seun Ogunleye, from Birmingham, England, exhorted the congregation to bring their burdens to Jesus, who gave His life for all. He asked each of them to list their burdens on a piece of paper in the shape of a cross, and then “nail” them to a wooden cross that stood on the platform.

During the Saturday morning service, the Ogunleye brothers played a number on the violin and clarinet. Jennifer Buss and Kim Habre, both from Portland, testified of the change in their lives when God saved them. Francis Odudu, from Bexley, England, took his text from Revelation 20:4-6, emphasizing the theme “Life after Life.”

The traditional “Ognatun Games” were held Saturday afternoon. This year, Lene and Marianne Kinnari, from Stavanger, selected the life of Paul the Apostle as the theme for the games. Between depictions of events from Paul’s life, beginning with the stoning of Stephen and ending with Paul’s final trip to Rome, the campers participated in various competitions. Even though the winds were cold and strong, everyone had a great time.

On Saturday evening, instead of one sermon, three different people gave a short message. The room was decorated nicely with candlelight and soft dome lights. Music selections also created a special atmosphere for the venue. Stella Adigun, from London, England, was the first speaker, and taking her text from Romans 12:4-5, she emphasized the importance of belonging to the Body of Christ. After a soloist sang “There Is a Candle,” LeRoy Tonning, District Superintendent of the Scandinavia Work, read Ephesians 5:20-25 for his text, bringing out the need to submit to God and show respect for others. Another special number titled “Love through Me” matched the theme of the third speaker, Daniel Nketah, from Stavanger. He read 1 Corinthians 13, and emphasized that loving God and others is the whole basis of being a Christian. During the service, David Andersen, from Portland, shared his testimony of how God had rescued him from a life of drug abuse and being involved in a rock band.

The service on Easter morning began with a trumpet solo, “He’s Got the Whole World in His Hands,” followed by Tove Paulsen, from Portland, reading John 20:1-18. Sister Stella used an egg to illustrate the Trinity and show how God is three Persons in one. Brother Ed took his text from John 10:17-18, where Jesus stated that He had power to both lay down His life and take it again. Brother Ed emphasized that because of Jesus’ power, Christians also have a hope of eternal life.

On Sunday afternoon, a film highlighting the Apostolic Faith work in Nigeria was shown. Victorious testimonies were given during the Sunday evening service, and before the sermon, Glenda Andersen, from Portland, and Sister Jennifer sang “Jesus Loves Me.” Isaac Adigun, the District Superintendent of Western Europe, took his text from Titus 3:3-6, bringing out that because Jesus paid the price, we can live victoriously through His grace.

During the Monday service, the children from London played their instruments and sang. Deanna Kinnari, from Stavanger, told a story about eight fishermen whose boat was threatening to sink, but when they prayed, a submarine suddenly appeared and rescued them. Michael Owolabi, from Birmingham, stated that trials will come in the Christian walk, but to win the victory, each one must take up his cross and follow Jesus wholeheartedly.

The camp meeting included various activities for the children under the direction of Sister Marianne and Sister Deanna. After the evening services, everyone had the opportunity to enjoy coffee or tea and warm rolls prepared by Reijo Kinnari, from Stavanger. He also did a great job of making sure the premises were clean afterward. The Scandinavia camp meeting was truly a blessing for all who attended. The Word of God was encouraging, and the fellowship was sweet. The accommodations were great, and the food was delicious. Thanks to all who contributed to making the 2016 camp meeting a wonderful success! 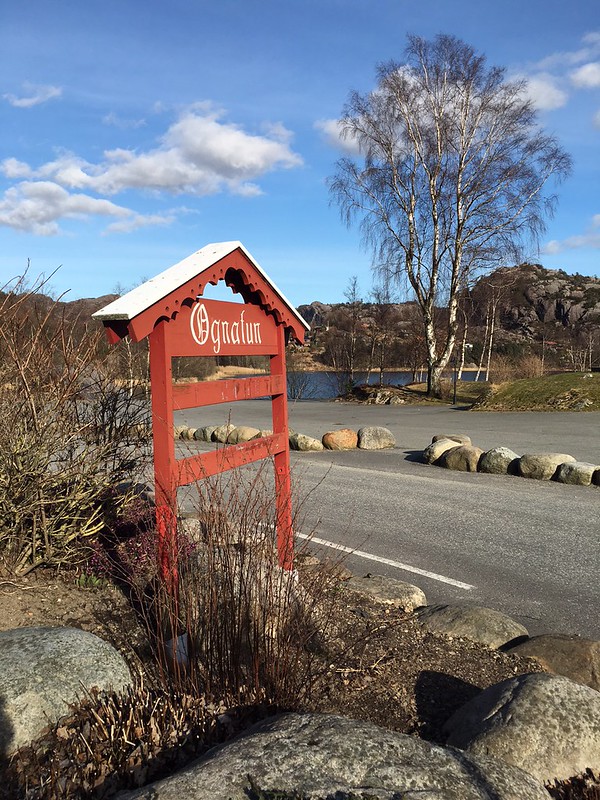 Mouse over the image to click through the album.)