Accompanied by my son, Randy, and his eight-year-old son, Oscar, I left for South Africa on Monday. We arrived in Johannesburg early Wednesday morning, and that afternoon attended the dedication for the South Africa headquarters church, located on the campground in Bapsfontein.

The ribbon-cutting ceremony at the new building was preceded by a dedication service held nearby under an awning. The service began with an organ prelude followed by the orchestra playing “Plea from Africa” and “Nditungamire Jehovah,” which in English is “Lead Me to Jehovah.”

A variety of music was presented throughout the service, including two songs by the choir: “The Gospel of Jesus Christ Must Shine” and “To God Be the Glory.” Oscar said he thought the music was “cool,” especially because several numbers were sung in native languages. One of these songs was “Waye Khon’ e Mandulo,” or “Ancient of Days,” presented by the youth choir in the Zulu language.

During the service, a brief history of the campground property was given. It was purchased in 2001, and the first camp meeting was held there in 2006 in a big tent. Over the years, several buildings were added, including cooking facilities and guest accommodations. Construction of the tabernacle began in 2017, and was completed in less than five months—an amazing accomplishment!

The service concluded with a dedicatory sermon and prayer. Then everyone gathered at the tabernacle for the ribbon-cutting ceremony followed by a look inside and closing comments.

Later in the day, I attended a meeting for the District Superintendents of the Southern Africa Region, which is headquartered in Harare, Zimbabwe. About twenty-five were present, and we enjoyed a productive meeting and good fellowship. Meanwhile, Oscar was becoming a big hit with the other children, and his dad captured it all on film. Among their questions for him were “What is your favorite color?” and “How many sisters do you have?”

Looking ahead, we are scheduled to spend Palm Sunday in Harare. 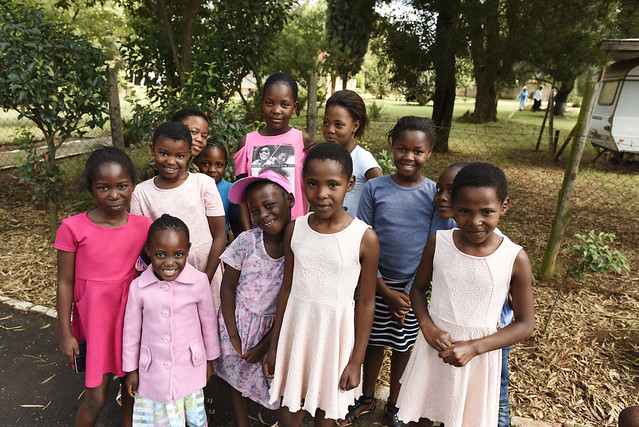