Two from Portland Visit a School in India

Clark Wolfe and Hunter Cripps of our Portland congregation are visiting India for two weeks, and hope to attend several services among our churches in Maharashtra State while there.

They arrived in Aurangabad on Wednesday, October 31, and the next evening accompanied Surya Gajbhiv, the Maharashtra District Superintendent, to a service. There were about twenty in attendance, which is lower than usual. The pastor said many were away working in neighboring states due to a great decline in the local economy. However, they are expected to return after six months. Brother Clark said the service was good, and many went forward at the close to pray.

On Saturday they were invited to visit an elementary school, and were given a tour of the classes while in session. They enjoyed spending time with the students, hearing them recite greetings in English, seeing their art projects, and taking pictures with them. Afterward, everyone gathered out in front of the building, including about one hundred students, several teachers, and twenty parents, for an opportunity to learn about the American travelers. During this time, Brother Clark was asked to share his testimony, and told how God had a plan for his life. He concluded by saying that God has a plan for everyone else’s life also.

The two travelers are having a wonderful time in India, and we look forward to hearing more about their trip soon. 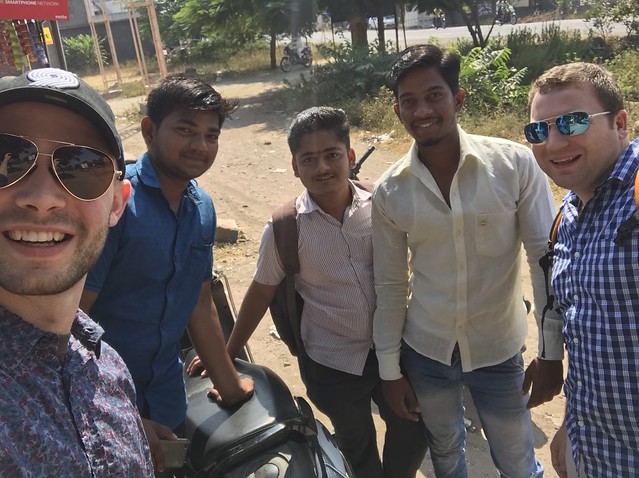