Having outgrown their old location in recent years, the Lord provided the Hempstead, New York, congregation with a beautiful new house of worship.

The dedication was preceded by a weekend of special meetings, including evangelistic services on Thursday and Friday, and a concert on Saturday. At the Thursday evening service, two who were instrumental in starting the Hempstead church each testified about the early days of the work. These included Reverend Ene Ekpin, pastor of our church in Philadelphia, Pennsylvania, and Reverend Glory Thomas, who once pastored our Lafayette church in Brooklyn, New York, and now leads the group in Orlando, Florida. The Friday service brought more visitors from surrounding church locations as well as local guests.

Saturday’s concert was well attended. It began with the orchestra playing “Hungarian Dance No. 5,” and continued with the choir singing “And the Glory of the Lord.” The audience enjoyed listening to a variety of instrumentalists and vocalists who were featured throughout the evening, including a pianist who played “Hear Ye, Israel.” To close the evening, the orchestra and choir combined to perform “Down by the Riverside.” The entire program was very well done.

Many joined from neighboring branch churches for the dedication, and the sanctuary quickly filled to its capacity of three hundred, with another two hundred watching from the large fellowship areas.

On Sunday, many joined from neighboring branch churches for the dedication, and the sanctuary quickly filled to its capacity of three hundred, with another two hundred watching from the large fellowship areas. The service began with a medley of musical specials including “The Heavens Are Telling” by the orchestra, a trumpet solo of “Rejoice Greatly” by Joel Oni, and “Holy Art Thou” by the choir, featuring soloist Lydia Adesina.

Reverend Alfred Ikotun, the Oceanside pastor, formally welcomed the visitors to the dedication, thanking many of them by name for their part in helping to establish the Hempstead work. Then Reverend Josephine McElveen, pastor in Washington D.C., gave the opening prayer, and Tony Ademuyiwa of Lagos, Nigeria, sang “How Big Is God.”

The Sunday school children presented a program of songs, Scripture reading, and a skit depicting church workers successfully reaching out to one in need of the Gospel. It was inspiring to see where the next generation of workers will come from, should the Lord tarry.

During the service, a brief history of the Hempstead work was read by Reverend Joseph Lamidi, a former Hempstead pastor, and Maruita Kupoluyi, who is the widow of the Hempstead pioneer pastor, Reverend Christopher Kupoluyi. Reverend Kupoluyi was one of several college students from Long Island who commuted to attend our Lafayette church in the 1980s. In 1992, a group of about twelve began meeting in his apartment in Hempstead for Sunday services. As the Lord blessed and their numbers increased, it became necessary to relocate, and in 1995 they settled in the two-story Hempstead church.

In recent years, that location became congested, and the congregation began praying for an alternative place to worship. God provided the Oceanside church, and refurbishing began in December 2017. Contractors were hired to renovate the sanctuary, residence quarters, welcome center, event center, fellowship center, and other offices in the complex, while church workers supervised and participated when necessary. The first service was held in the new building on May 6, 2018, with much rejoicing.

The dedication service continued with a Scripture reading by Reverend Sam Ajayi, Director of Australia and South America Work, and then the dedicatory sermon by Superintendent General Darrel Lee. This was followed by the dedicatory prayer offered by Reverend Gabriel Ajayi, the Lagos Region Overseer in Nigeria. The final benediction was offered by Reverend Eugene Segres, the District Superintendent of Eastern and Southern U.S. Work and pastor at Kingstree, South Carolina, before the choir closed with “May the Good Lord Bless and Keep You.”

We are thankful for the many blessings received at the Hempstead location, and know God will continue to bless at Oceanside as we pray. 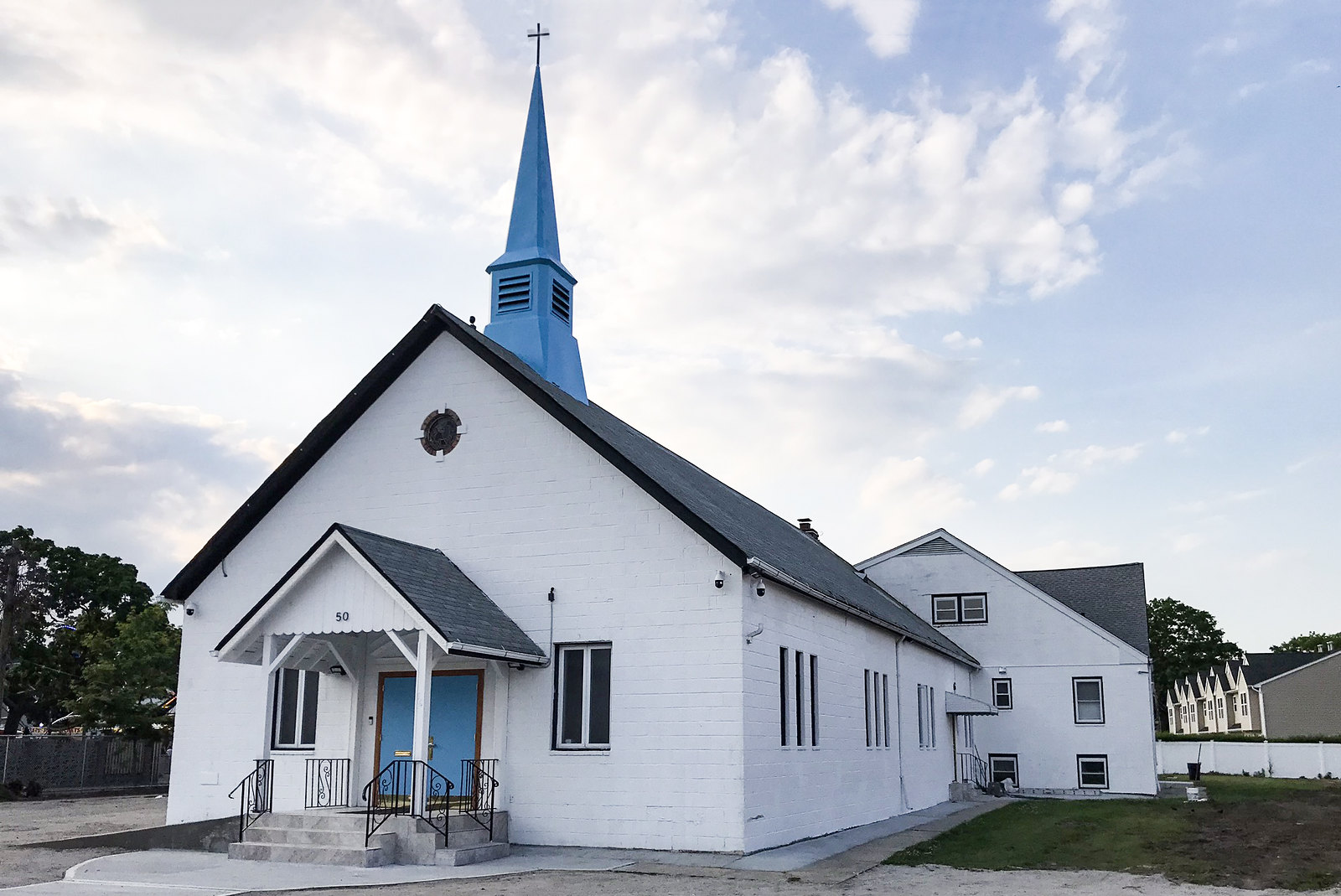