Boniface Osunkwo and his family moved to the Milwaukee, Wisconsin, area around fifteen years ago, and they have been commuting to our church in Worth, Illinois, around two hours away. As others have relocated to the Milwaukee area for jobs, the desire has been to start holding services there, and over the years occasional church services and concerts were held. With recent restrictions on interstate travel because of Covid-19, it appeared that now was the time to begin holding regular services on Sunday mornings. The inaugural service was conducted in a rented space on November 15, with around twenty-five attending, including those who joined online.

The prelude included a violin duet by Olivia and Beverly Osunkwo, “He Hideth My Soul,” followed by a trumpet duet by Goodnews and Jefferson Osunkwo, “There Is Power in the Blood.” Then Sister Olivia played a violin solo, “Here I Am to Worship,” with piano accompaniment. Daniel Ufere led the congregation in singing “How Great Thou Art,” “Our God Reigns,” and “Have Thine Own Way, Lord.” The announcements by Brother Boniface included numerous congratulatory messages from friends around the world, which resulted in a resounding “Amen” from the congregation.

The choir then sang “Bigger than Any Mountain,” followed by a Scripture reading by Ola Olapo from Deuteronomy 8:1-11. Brother Daniel sang the last special, “It Will Be Worth it All When We See Christ.” The title of Brother Boniface’s sermon was “A Prized Possession and Eternal Life,” and he took his text from Deuteronomy 8:1-6, 10, and 11. He brought out that God promised to give the Children of Israel the land of Canaan for an everlasting possession as long as they would obey and keep His commandments. God also promises eternal life in Heaven to all who will believe on Jesus Christ as their Savior and who will be obedient to His Word. Brother Boniface encouraged the congregation to be a “Joshua and Caleb” in Milwaukee, and take a stand for God as they share the Gospel with others.

During the closing song, everyone went to prayer as they felt the Spirit of God moving among them. Some have testified of praying through to victorious answers to prayer, and their hope is that God will continue to bless these services and that souls will be saved. 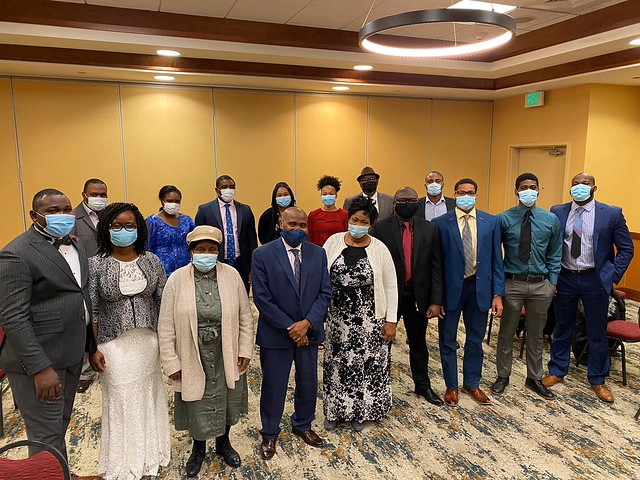