The Gospel continues to take root in India, and we praise God for it. Surya Gajbhiv, District Superintendent of Maharashtra State, has sent reports of several water baptismal services that took place in November, and another this week.

In November, services were held in eight different church locations for twenty-eight converts who wished to be baptized. Among the candidates was a sixty-nine-year-old grandmother from a Hindu family. She had gone to the hospital this past year with a wound in her leg. The doctors sent her home with medicine but her condition worsened. In May, she attended an Apostolic Faith prayer meeting in front of a pastor’s home and was prayed for. The Lord healed her, and she received salvation as well.

Another candidate was a retired police officer with a Catholic background. He prayed through to salvation, and upon hearing about the doctrine of water baptism, immediately declared his desire to do it.

Nine more were baptized in a river a few days ago. Among them was an eighty-year-old man and his wife. The man had experienced three major heart attacks and some paralysis. Though he needed help into the water, he said he wanted to be baptized before he dies. Brother Surya reported that after the service, this man looked refreshed and happy, and said he was at peace with dying.

We know that God is speaking to hearts all over the world today, and these thirty-seven converts are proof that people are responding to God’s call. 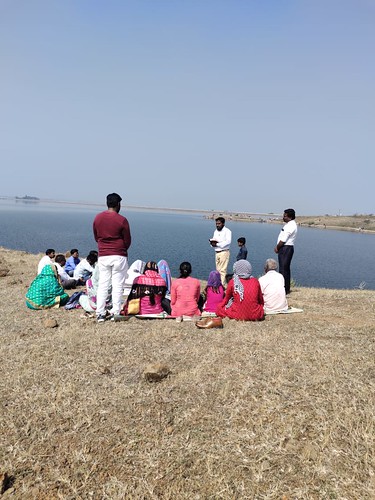