The congregation in Kapavaram, India, is rejoicing this week as preparations are made to lay the foundation of a church building.

This group of believers formed more than a decade ago when the pastor, Jaya Raju, began holding church services on the front porch of a village home. Though the owners were Hindus, they allowed the meetings, and in 2012 they attended for the first time and were both saved. That same year, the number of attendees outgrew the front porch, and a rented tent was set up in the front yard to accommodate everyone.

Each year more souls were added to the group, including eight in 2014, and the saints began looking for a permanent place of worship. In 2016, a beautiful plot of land in a peaceful setting lined with coconut trees was acquired with donated funds. As the saints continued to worship under the tent, they looked forward to the day when they would be able to start construction at the new site.

That day has arrived. The new church will be thirty-six-by-eighteen feet in size, have six-foot-high walls, two doorways, and several openings for windows. Actual doors and windows will be added later as more funds become available.

Brother Jaya, his wife Santhi, and their two children rejoice with the congregation, happy to see the work of the Lord moving forward in Kapavaram. 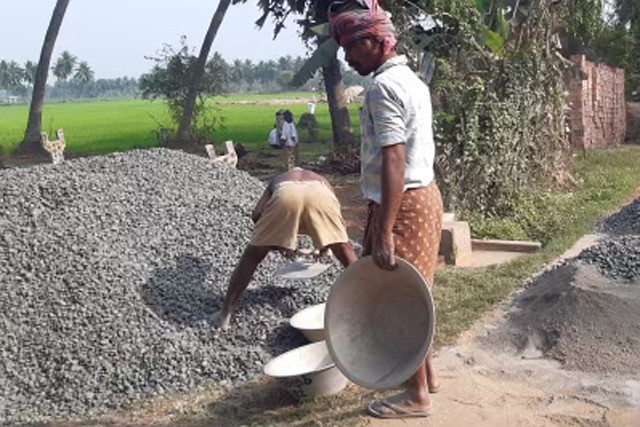